Meet the Patron of our organisation

Professor The Honourable Dame Marie Bashir AD CVO served as Governor of New South Wales from 1 March 2001 to 1 October 2014 and was the first woman to be appointed to the role. Born in Narrandera in the Riverina district of New South Wales, and educated at the Narrandera Public School and Sydney Girls High School, Marie Bashir completed a Bachelor of Medicine and Bachelor of Surgery at the University of Sydney in 1956.

Professor Bashir taught at the Universities of Sydney and NSW, increasingly working with children’s services, psychiatry and mental health services, and Indigenous health programs. At the time of her appointment as Governor of New South Wales, she was Clinical Professor of Psychiatry at the University of Sydney; Area Director of Mental Health Services Central Sydney; and Senior Consultant to the Aboriginal Medical Service, Redfern and to the Aboriginal Medical Service, Kempsey. She was appointed an Officer of the Order of Australia in 1988 for her services to child and adolescent health, and was invested by Her Majesty, the Queen, with the insignia of a Commander of the Royal Victorian Order (CVO) in 2006.

In June 2014, Professor Bashir was named as a Dame of the Order of Australia for extraordinary and pre-eminent achievement and merit in service to the administration, public life, and people of New South Wales, to medicine, particularly as an advocate for improved mental health outcomes for the young, marginalised and disadvantaged, to international relations, through the promotion of collaborative health programs, and as a leader in tertiary education. 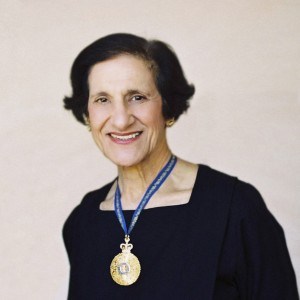